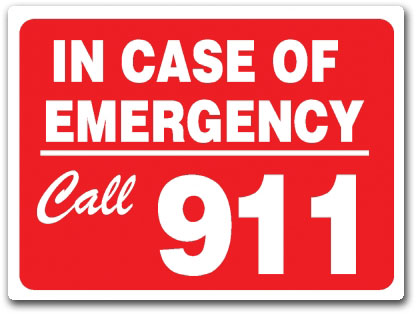 It's National Dispatch Week.
YEAH!!!
But...
I'm no longer a dispatcher...
BOOOO!!!
I really really really miss it.
Especially all my girls at Provo. Shout Out!
BUT...
I get to spend my days with the cutest baby ever. He totally makes up for it!

What I learned in 6 years as A 911 Dispatcher, is that most criminals are REALLY STUPID.
So since i'm not Dispatching anymore, I thought maybe I should throw them a bone.
Give them a few tips.
They need all the help they can get.

Here are my suggestions if you're planning a life of crime.

*Next time you decide to commit that burglary, make sure your cell phone doesn't accidentally pocket dial 911 leaving them an open line to the crime, the conversation about said crime, and your gps location...

*If your going to commit a crime, maybe taking pictures of the crime with a film camera, having it developed at a local store, and leaving all your correct information on the film processing envelope isn't a very good idea.... Hello!!! Digital cameras!!!!

*When you drive drunk, hit a building, and flee the scene of the accident. Don’t forget to take your broken off bumper with license plate intact. We will be able to find you..

*Utah Mormon drivers. Just because you hold a valid temple recommend, doesn't mean you're immune to speeding tickets, and officers usually dont like it when you slip that recommend in with your license and registration...

*If your going to run from the cops, it's probably not the best idea to head straight for the bus stop and board the next bus. We can get a hold of that bus driver really fast.

*When an officer tries to pull over your bullet bike for speeding, you probably shouldn’t run from him, cuz he already saw your license plate, and will just catch you later at home, and book you in for felony evasion.

*Everything you say over the phone is recorded. Even when we put you on "hold" you are probably just on mute. Which means we can still hear you, and the lie you are concocting to tell me. BTW mute is also recorded. ooops....

*Next time you commit a burglary, try not to leave your cell phone behind. You will make it waaaaaay to easy to catch you. Where's the fun in that?

*When you call to find out about your warrant, and we say you can only get that information by coming down to the police department. Don't be surprised when we arrest you for that warrant right when you get there.

*If your going to burglarize your neighbor in the dead of winter, make sure to cover those fresh snow foot prints leading back to your house.

I love my husband,
the gospel,
my family,
my dog,
and crafting.
I have a good life.

Harry Potter And The Quiet Book

The Quiet Book And The Ring